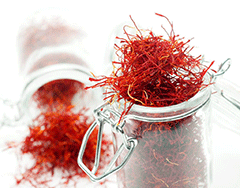 As one of the top 14 herbs of the Bible, experimentation is underway when it comes to exploring the new potentials for this versatile spice, a spice that’s been shown to boost the heart, mind and more for centuries.

Recent studies have shown great promise of saffron constituents in the promotion of a healthy cardiovascular system. Heat shock proteins (HSPs) 27, 60 and 70 in particular were significantly linked to metabolic syndrome and atherosclerosis so researchers wanted to investigate the effect of this herb on antibody titers to HSP in patients with metabolic syndrome.

The levels of heat shock proteins 27, 60, 65 and 70 were measured in a study published in the Journal of Complementary & Integrative Medicine during supplementation, with 105 participants diagnosed with metabolic syndrome. The participants were randomly divided into two groups and were given either 100 milligrams a day of a placebo or saffron. After three months, the antibodies to heat shock proteins 27 and 70 were reduced greatly in the saffron group. (1)

Erectile dysfunction (ED) affects more than 150 million males throughout the world. In traditional medicine, saffron was used as an aphrodisiac, with the constituent crocin credited for its aphrodisiac activity.

In a pilot study to evaluate this traditional use, 20 male participants with ED were evaluated for 10 days. Each morning, the participants took a tablet containing 200 milligrams of this spice. The participants underwent the nocturnal penile tumescence test and the international index of erectile function questionnaire (IIEF-15) at the start of supplementation and at the end of 10 days.

After the 10 days of supplementation, there was a statistically significant improvement in tip tumescence and rigidity as well as base tumescence and rigidity. The ILEF-15 total scores were significantly higher in after participants were supplemented with this herb. There was a positive effect on sexual function with increased duration and number of erectile events seen in men with erectile dysfunction only after taking it for 10 days. (2) Thus, this traditional spice also potentially works as a natural remedy for impotence.

Cancer is considered to be the second leading cause of death in the world. Saffron as a medicinal plant is known for its anticancer capabilities, making it a potential natural cancer treatment.

In a randomized, double-blind clinical trial published in the Avicenna Journal of Phytomedicine, the effects of saffron on response to treatment in patients suffering from liver metastasis were evaluated. Thirteen participants suffering from liver metastases were included in this study and then divided into two different groups. Both groups received chemotherapy regimen. Participants in group 1 were treated with saffron capsule (50 milligrams, twice daily) during chemotherapy periods while group 2 received a placebo.

A sum of the longest diameter was calculated and compared for all lesions in IV contrast CT scan before and after the treatment. Out of the 13 who participated, six quit and seven continued until the end. In the group treated with saffron, two participants showed partial and complete response (50 percent) whereas in placebo group, no response was seen. Also, two deaths in the placebo and one in saffron group occurred. This research suggests that saffron might be useful in patients suffering from liver metastasis and other cancers. (3)

Premenstrual syndromes (PMS) are among the most common health problems reported by women, affecting 2o percent to 40 percent of women of reproductive age. Saffron is considered an excellent antispasmodic so researchers at the Tehran University of Medical Sciences’ Vali Asr Reproductive Health Research Center assessed whether it could alleviate symptoms of PMS. Women aged 20—45 years with regular menstrual cycles who experienced PMS symptoms for at least six months were eligible for the study. Women were randomly assigned to either group A, who receive 15 milligrams of capsule saffron twice a day in the morning and evening or group B, who received a capsule placebo twice a day for a two menstrual cycles.

The women were evaluated for PMS symptoms using a Premenstrual Daily Symptoms (PDS) questionnaire and Hamilton Depression Rating Scale (HAM-D). Results showed a significant improvement in both tests (PDS and HAM-D) for the women in the saffron group compared to their pre-treatment symptoms and also showed a significant improvement in symptoms compared to the placebo group. (4)

In a Malaysian study, researchers wanted to investigate the satiety property of saffron. Women participants were given a capsule of Satiereal twice daily or an inactive placebo with no restrictions in dietary intake. After two months, the participants using the saffron extract reported a decrease in snacking and lost more weight than the control group. (5)

The researchers concluded that this herb can help treat obesity by curbing the appetite, promoting weight loss.

Depression is a serious disorder in today’s society with estimates of lifetime prevalence as high as 21 percent of the general population in some developed countries. As a therapeutic plant, saffron was used for depression in Persian traditional medicine, and researchers wanted to assess the efficacy this herb in the treatment of mild to moderate depression in a six-week clinical trial.

Thirty adult outpatients who met the clinical interview for depression participated in the trial. Participants had a baseline Hamilton Rating Scale for Depression score of at least 18. In this double-blind, single-center trial, participants were randomly assigned to receive a capsule of saffron (30 milligrams a day) in group 1 or a capsule of the antidepressant imipramine (100 milligrams per day) in group 2 for a six-week study. Saffron at this dose was found to be effective in a similar manner to imipramine in the treatment of mild to moderate depression. (6)

In another study published in the Journal of Complementary & Integrative Medicine, 60 adult participants with anxiety and depression were randomized to receive a 50 milligram saffron capsule or a placebo capsule twice daily for 12 weeks. The questionnaires Beck Depression Inventory (BDI) and Beck Anxiety Inventory (BAI) were used at baseline, six and 12 weeks after starting medication. Fifty-four participants completed the trial. As a result, the supplementation of saffron had a significant effect on the BDI and BAI scores in comparison to placebo during 12 weeks. (7)

One tablespoon of saffron (two grams) contains about: (8)

How to Use and Cook Saffron

The edible part of saffron is the stigma, a long, thin, golden stalk within the flower. The main European-producing suppliers are from the La Mancha district of Spain. Asian producers are in China (called safalan), Kashmir (kesar) and Iran (zafran).

Throughout history, this herb has been available as ground or whole stigmas (threads), and it’s best to go with the threads for high-quality taste. There is isn’t any substitute for saffron, and because of its price, many attempts are made to pass off imitations. Pay caution to the tasteless, cheap, similar-colored spice called safflower.

Saffron is highly flavorful and aromatic, with a spicy, pungent and slightly bitter taste. The threads are used in many rice dishes as well as with vegetables, meats, seafood, poultry and in baked goods. They add a sharp, almost medicinal flavor and a beautiful yellow-orange color to the dish.

This spice is readily available in most specialty markets, and because of its high value, it may be stocked in a secured area. So if you don’t see any on the shelves, ask the store manager. Saffron is usually sold bulk in wooden boxes or to be packaged in foil in order to protect it from harsh conditions such as light and air. 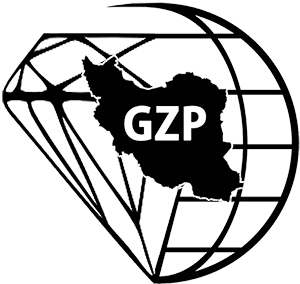